On behalf of BlueCat Screenwriting’s goal to bring more exposure to international screenwriters, I’m writing to cordially invite writers in your community to consider submitting a feature length screenplay to the 2010 BlueCat Screenplay Competition.

Below please find full competition details if you wish to post on your website or blog or send along to your community.

If you have any questions, would like to request a written interview with our founder, or wish to introduce yourself further, feel free to email us!

Thank you very much for time,

Lance Hammer
2004 BlueCat Finalist – The Imperfect Cell
*Wrote, directed, edited, and distributed Ballast, which premiered at the 2008 Sundance Film Festival. Lance won the Directing Award, and Ballast was nominated for the Grand Jury Prize.
*Ballast was nominated for 2009 Independent Spirit Award and Best Film at the 2008 Gotham Awards, where Lance won the Breakthrough Director Award.

Aaron Guzikowski
2005 BlueCat Finalist – Panacea
*Signed with Endeavor with his screenplay Prisoners
*Set to direct Mark Wahlberg in a remake of the acclaimed Icelandic thriller, Reykjavik-Rotterdam 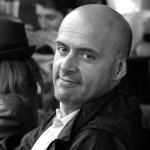 Assine a (VOZ OFF)

Number of items in cart: 0